Makes for easy set-up and clean-up

Recipe: One red do card on top and one red do on the bottom card with one each of the other cards (re mi fa so la ti) in the middle, either mixed up or in order

Storage: Stack sandwiches on top of each other. Where  there's two red do cards is where one sandwich starts and the other ends.

Freddie, Michiko's dog for 15 years, appears on cards to know if the card is upside down or not.
He also represents the letter "F" in the Music Mind Games alphabet kids.

High Five is raising your hand, palm facing your partner and both of you saying "High Five!". High Jel-lo is you and your partner holding up two fingers in a jel-lo hand sign (2 eighth notes) and touching your finger tips together and saying, "High Jel-lo!".

It's a great way to finish a game or emphasize a successful moment. 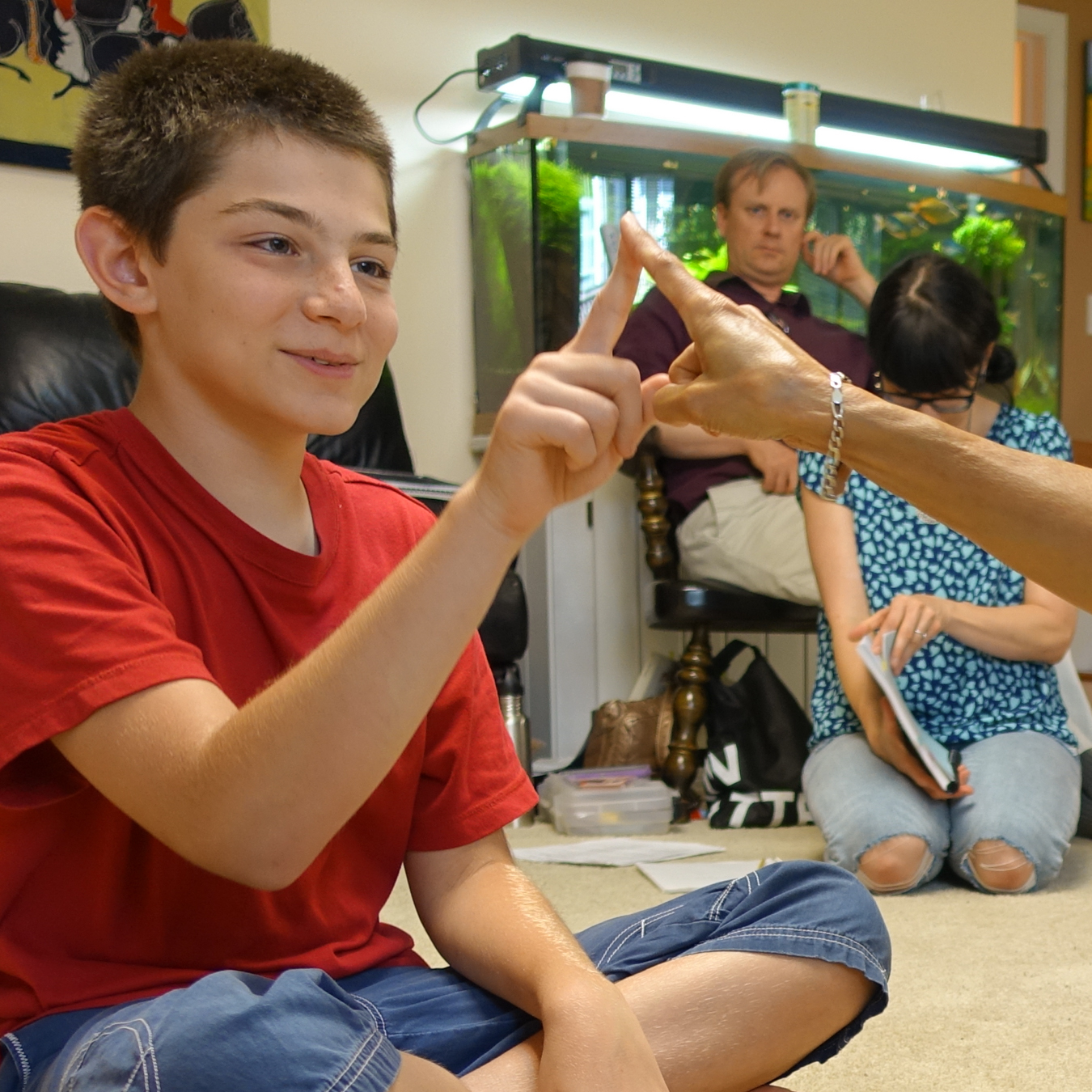 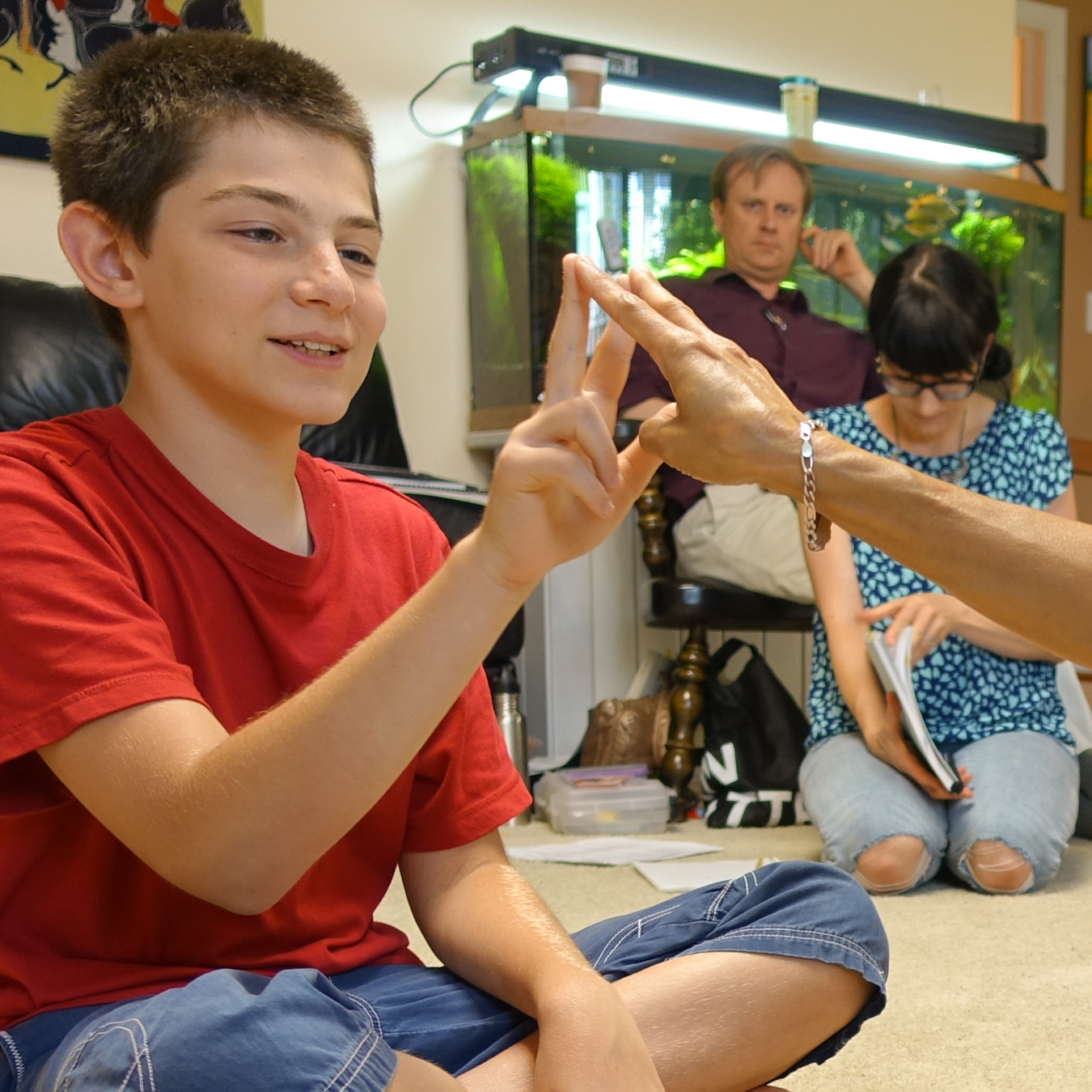 The teacher or parent can instigate any one of these by saying, "High Pineapple!" and raising three fingers toward the student who will do the same and in a second, both touch their three fingers.

While changing fingers with a steady beat say, "Blue, Jel-lo, Pineapple, Huckleberry, Macademia". On the next beat make the sign for quarter rest (cross your two jel-lo fingers) as you whisper "rest" and move your hand away in a cool motion.

It is really fun when a whole class of students face a partner and do the handshake in unison.

The techniques from this Classic Game can be used within other games, too. When taking turns around a circle during a game, if a student prefers to skip his turn, he says, "Pass", as there is no pressure to play. Sometimes a student doesn't know the answer, didn't hear the question, is confused and doesn't understand, prefers not to speak for a moment, or any number of reasons. This is okay since observing is a powerful learning opportunity for all of us at any age. Also important, the game doesn't get stalled.

"Pass" can also mean, "I agree that the materials are correct". A Play or Pass game is played without talking. Students take turns around the circle fixing one thing in the game materials. The game finishes when all the students say "pass" around the circle, which means they all agree that everything is correct. Sometimes, everyone is saying pass, then one person stops to fix something. Then the "pass" around the circle begins again. This supports the student who may have a different opinion from the others and actually be correct. Occasionally, a student is being too precise, stops the "pass" several times and the teacher needs to keep things moving and say, "Enough already!" Everyone laughs good naturedly and the game finishes.

Place all the cards on the rug and invite everyone to join in gently mixing them up. One person (usually the teacher) restacks the cards. The visual of seeing chaos come into an order is a good concept for children. In the United Kingdom pudding is the word for dessert.